How to Play Bingo at Top Canadian Sites

Follow our comprehensive guide here and learn how to play bingo online effectively in Canada. When you learn how to play Bingo, you’ll be joining a tradition extending all the way back to the 1500s. This is when it began, in Italy as a Lottery game called Lo Giuoco del Lotto d'Italia. Now bingo can be played across the world on mobile devices or desktop, by players from all over, including Canada.

Top how to play bingo Online Bingo Rooms For September 2022

How to Play Bingo

A lot of the attraction that bingo Canada games hold is that the rules are very simple. It's very easy to play. There are different variations of the game available, but once you learn the basics, you’ll be able to play them all.

The first step is to purchase a card for whatever game you’ve chosen. There are numbers on the cards, with the amount depending on which Bingo variant you’ve chosen. In the 25-Ball game, the numbers are arranged on a 5X5 grid and correspond to the five letters of the word Bingo.

The caller, or in the case of online games, Random Number Generator software, then draws numbers. Your job is to complete the required pattern on the card you’ve purchased, which you’ll see when you buy it, by marking off whichever numbers called appear on your card. Whoever manages to do this first wins.

There are different variations of bingo one can play, including 30-ball, 75-ball, 80-ball and 90-ball bingo. Each version of bingo has slight variations in how they are played, but the core rules stay the same. Learn more about the different types of bingo games in our overview of bingo variations.

The History of Bingo - How it Started

It was being enjoyed by the French aristocracy by the 18th century, expanding to include the numbers being read aloud, playing cards, and tokens. In the 19th century, Germans started using a game very like the Bingo Canada so widely enjoyed online these days, as an educational tool. Children used it to learn multiplication tables and spelling.

A version of the real money bingo you can now play on your desktop, smartphone, or tablet made its way to the United States in the 1920s. Known as Beano, it was played with cardboard sheets, dried beans, and a rubber stamp. A toy salesman from New York, Edwin S. Lowe, happened to see a game and immediately noticed how much fun players were having.

Inspired, Lowe returned to New York and taught his friends how to play. It was during one of these games that history was made, when, in a burst of excitement, someone yelled Bingo! instead of Beano! Lowe used this mistake to launch his own take of the game. And, as Bingo Canada players can report, we’ve known it by this name ever since.

How Bingo Entered the Mainstream 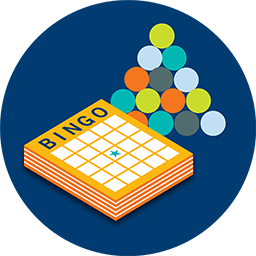 Lowe’s original bingo game came in two versions. After they learned how to play bingo, players could choose between a game set containing 12 cards or one with 24. The game was a smash hit almost immediately and Lowe was soon approached by a Catholic priest from Wilkes-Barre in Pennsylvania. The clergyman thought that bingo would be an excellent way to raise funds for the church and he was right. To this day, many churches and organisations still enjoy bingo and play CAD bingo online and in person.

As members of various congregations learned how to play bingo, the game’s popularity reached new heights. By the early 1930s, there were roughly 10 000 games being played weekly. These days, players bet in excess of US$90 million on games weekly, so it’s safe to say the game is as beloved as ever.

What to expect when You Play Bingo Canada Online

As similar as playing bingo on mobile, tablet, or desktop at one of our top recommended sites is to the way it’s enjoyed at brick-and-mortar halls, the one difference is pretty major: When you sign up for a bingo player account, you’ll qualify for a bingo bonus. These come in all sorts of shapes and forms, but each gives you something back. Top offers include and bingo bonuses:

Choose a bingo site in Canada from our top recommendations, play today and win big!